Some Proven Tips on Getting Sharper Photographic Images

Sharpness in photography denotes how ‘edgy’ your images are. In other words how quickly elements in the image transitions to one another. The blurrier the image is the more gradual that transition will be. Image sharpness depends primarily on the equipment, but it also depends on shooting technique, post-processing and the viewing distance. Let’s dive deeper into some of these parameters and find out how they impact image sharpness.

The easiest way to ensure a shake-free image is to use fast shutter speed. Fast shutter speed helps freeze the moment. This technique is used by sports photographers along with special lenses which allow panning to shoot crisp sharp images.

Use of image stabilisation

Image stabilisation refers to a gyroscopic technology that sits inside either the lens or the camera body and brings an image in line with the focus plane when the image is made. The necessity to do so comes from many reasons, one of them being the tendency of the human hand to move in the air. 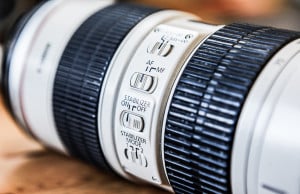 The human hand despite its dexterity is not exactly ‘steady’ when it comes to making perfectly still stills (pun intended). It keeps moving, even when you think they are not. Images are thus, could never be never sharp, except for one little thing – image stabilisation. You probably don’t even realise it stabilising your images because image stabilisation works behind the scene. If you, however, pay attention you will notice small jerks in the rear LCD screen when image stabilisation kicks in to steady the image.

Back in the old days when there was no image stabilisation, photographer used tripods as a mandatory measure. Even the subject of those photos were helped so that they won’t move during the exposure. Look at older images from your family album and you would notice they are either sitting in a comfortable position or standing while resting against a table or such other prop. Today image stabilisation is a much more convenient way to make sharper images. But still for commercial purposes a tripod is a must have.

What if your lens do not have image stabilisation? And what if you don’t have a tripod too? This is a technique that natural light photographers use often. The trick is in using a shutter speed that is faster than the inverse of the focal length. Let’s say that you are using a Nikkor 14-24mm lens. This lens does not have image stabilisation. As long as you are using a shutter speed that is within the range of 1/14 to 1/24 you would experience no image blur.

To a small degree, you can add a bit of image sharpness during post-processing. However, bear in mind, there is no concoction in the world that can recover an image that is fundamentally shaky to begin with. Photoshop does offer a couple of filters including the Unsharp Mask (Filter > Sharpen > Unsharp Mask). This one tend to take care of sharpening to some extent.

Image sharpness is sometimes considered synonymous to image stabilisation, something that the camera takes care on its own. At times it’s considered to be synonymous with resolution. None of these considerations are true on their own. They are just parts of the whole picture. Image sharpness depends on the quality of the lens, the shutter speed that you use, focal length as well as a number of other parameters. Knowing these will help you to produce better, sharper imagery. 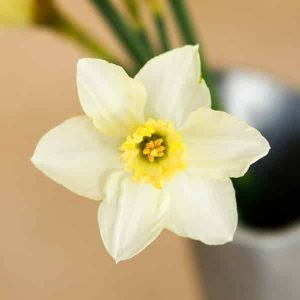 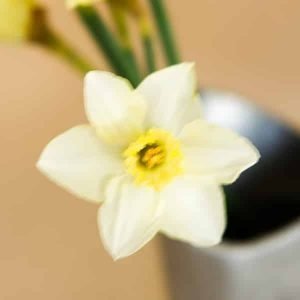 When people are new to photography then the biggest issue they face when starting out is camera shake and that tends to be as a result of the shutter speed dropping too low leading to images lacking in sharpness. Most people can handhold a camera still for approximately 1/60 of a second shutter speed – if you are starting out then make sure you are always shooting faster that 1/60th this will help to ensure that you remove camera shake. Shooting indoors or any low-light situation is particularly hard and tends to result in camera shake when hand-holding a camera so try where possible to shoot outdoors or where there is plenty of natural light. If you have to shoot in low-light whilst hand-holding then make sure that you use a big aperture and high ISO to force up the shutter speed.

The two images above show the impact of shutter speed on camera shake – the blurry one was shot at 1/13th whilst the second was shot at 1/200th which the photographer was able to hold steady,